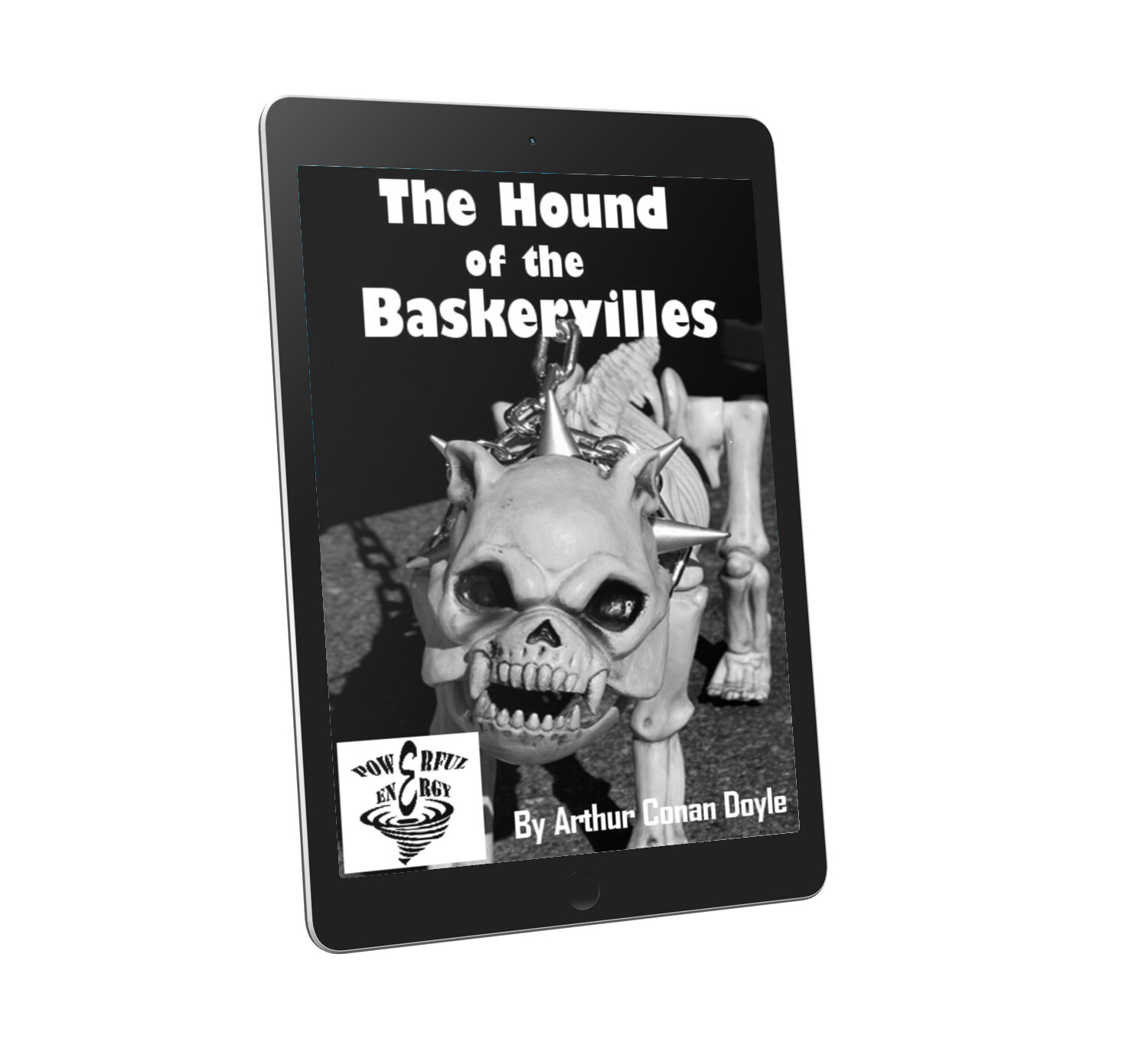 The Hound of the Baskervilles, by Arthur Conan Doyle

Plot summary: Dr James Mortimer asks Sherlock Holmes for advice after his friend Sir Charles Baskerville was found dead in the park surrounding his manor, in the moors of Devon. The death was attributed to a heart attack, but according to Mortimer, Sir Charles's face retained an expression of horror, and not far from the corpse the footprints of a gigantic hound were clearly visible. According to an old legend, a curse runs in the Baskerville family since the time of the English Civil War, when a Sir Hugo Baskerville abducted and murdered a woman in the mires of Dartmoor, only to be killed in turn by a huge demonic hound. Allegedly the same creature has been haunting the place ever since, causing the premature death of many Baskerville heirs. Sir Charles believed in the plague of the hound and so does Mortimer, who now fears for the next in line, Sir Henry Baskerville.

Even though he dismisses the whole curse story as nonsense, Holmes agrees to meet Sir Henry in London as soon as Sir Henry arrives from Canada, where his branch of the family had moved in the past. He is a young and jovial good-looking fellow, sceptical toward the grim legend and eager to take possession of Baskerville Hall, even though he has just found an anonymous note in the mail, warning him to stay away from the moor. When someone tries to shoot Sir Henry while he is walking down a street, however, Holmes asks Watson to go with the young man and Mortimer to Dartmoor, in order to protect Sir Henry and search for any clue about who is menacing his life.

The trio arrives at Baskerville Hall, an old and imposing manor in the middle of a vast park, managed by a butler and his wife the housekeeper. The estate is surrounded by the moor and borders the Grimpen Mire, where animals and humans can sink to death in quicksand. The news that a convict named Selden has escaped from the local jail and is hiding in the nearby hills adds to the barren landscape and the gloomy atmosphere.

There are inexplicable events during the first night, keeping the guests awake, and only in the daylight can Watson and Sir Henry relax while exploring the neighborhood and meeting the scarce but peculiar residents of Dartmoor. Watson keeps on searching for any lead to the identity of whoever is threatening Sir Henry's life, and faithfully telegraphs the details of his investigation to Holmes. Among the residents, the Stapletons, brother and sister, stand out: Jack is overfriendly and a bit too curious toward the newly arrived, while Beryl, a rare beauty, seems all too weary of the place.

Distant howls and strange sightings trouble Watson during his long walks on the hills, and his mood gets no better even inside Baskerville Hall. Watson grows suspicious of the butler, Barrymore, who at night acts as if he was signalling from a window of the house with a candle to someone on the moor. Meanwhile, Sir Henry is drawn to Beryl, who seems to be afraid of her brother's opinion on the matter. To make the puzzle more complex there are Mortimer, maybe too eager to convince Sir Henry that the curse is real; an old and grumpy neighbour, who likes to pry with his telescope into other people's houses; his daughter Laura, who had unclear ties to Sir Charles; and even a bearded man roaming free in the hills and apparently hiding on a tor where ancient tombs have been excavated by Stapleton for an unclear purpose.

Unknown to everyone, even to his friend Watson, Sherlock Holmes has been hiding in the moor all the time and has solved the mystery. He reveals that the hound is real and belongs to Stapleton, who seduced Laura and convinced her to lure Sir Charles out of his house by night, in order to frighten him with the apparition of the legendary hound. Beryl is indeed Jack's legitimate wife, abused and forced into posing as his sister to seduce Sir Henry and expose him also to the fangs of the hound. Meanwhile, the hound attempts to kill Sir Henry, so Barrymore gives the former's clothes to Selden, his half-brother, who dies in his place.

Unfortunately the collected evidence is not enough for a jury to condemn Stapleton, so Holmes decides to use young Baskerville as a bait to catch the criminal red-handed. Sir Henry will accept an invitation to Stapleton's house and will walk back after dark, giving his enemy every chance to unleash the hound on him. Holmes and Watson pretend to leave Dartmoor by train, but instead they hide near Stapleton's house with Inspector Lestrade of Scotland Yard. Despite the dark and a thick fog, Holmes and Watson are able to kill the fearsome beast as soon as it attacks the designated victim, while Stapleton, in his panicked flight from the scene, drowns in the mire. (Plot summary provided by Wikipedia)