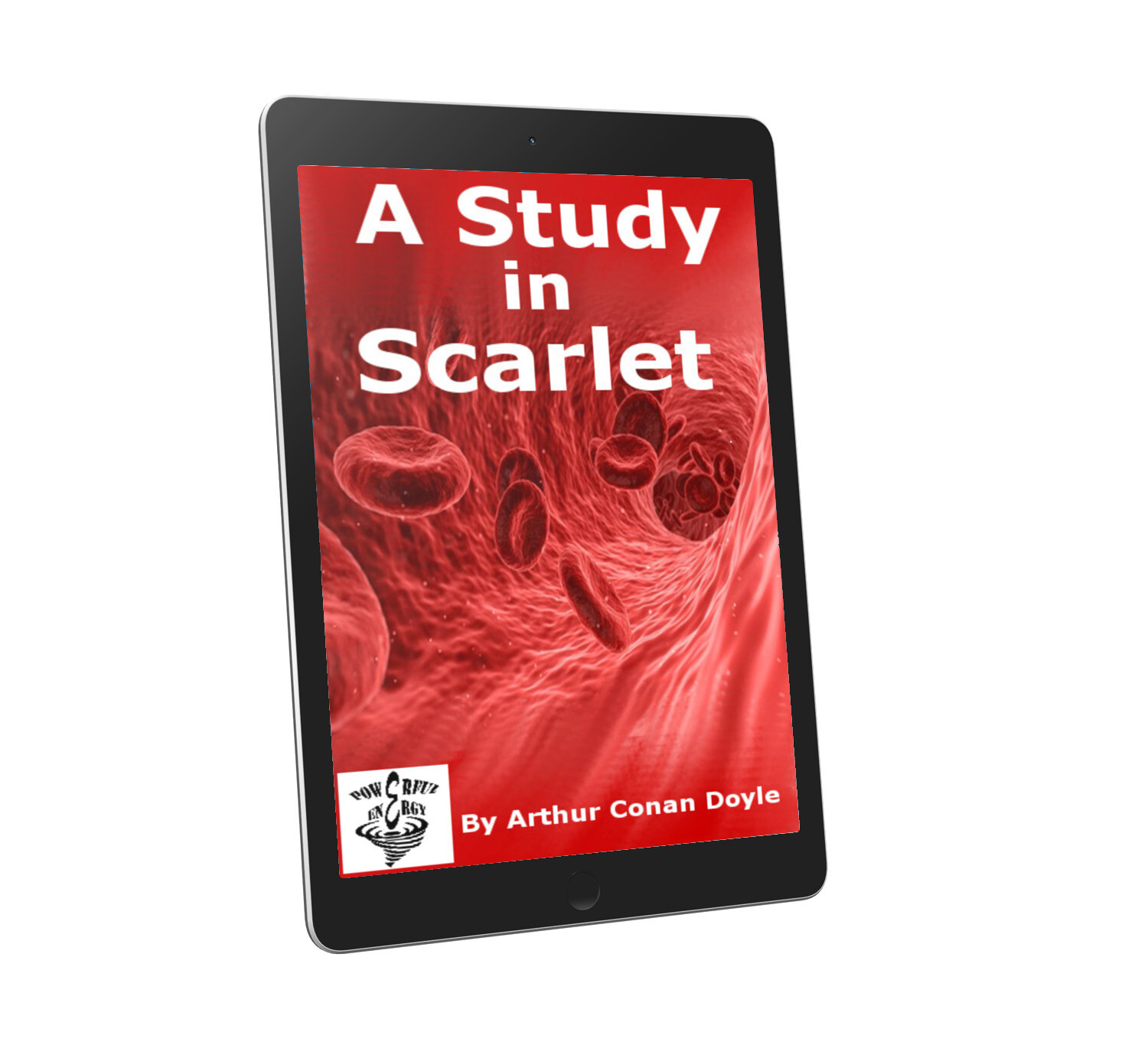 A Study in Scarlet, by Arthur Conan Doyle

The story marks the first appearance of Sherlock Holmes and Dr. Watson, who would become the most famous detective duo in popular fiction. The book's title derives from a speech given by Holmes, a consulting detective, to his friend and chronicler Watson on the nature of his work, in which he describes the story's murder investigation as his "study in scarlet": "There's the scarlet thread of murder running through the colorless skein of life, and our duty is to unravel it, and isolate it, and expose every inch of it." (Plot summary provided by Wikipedia)