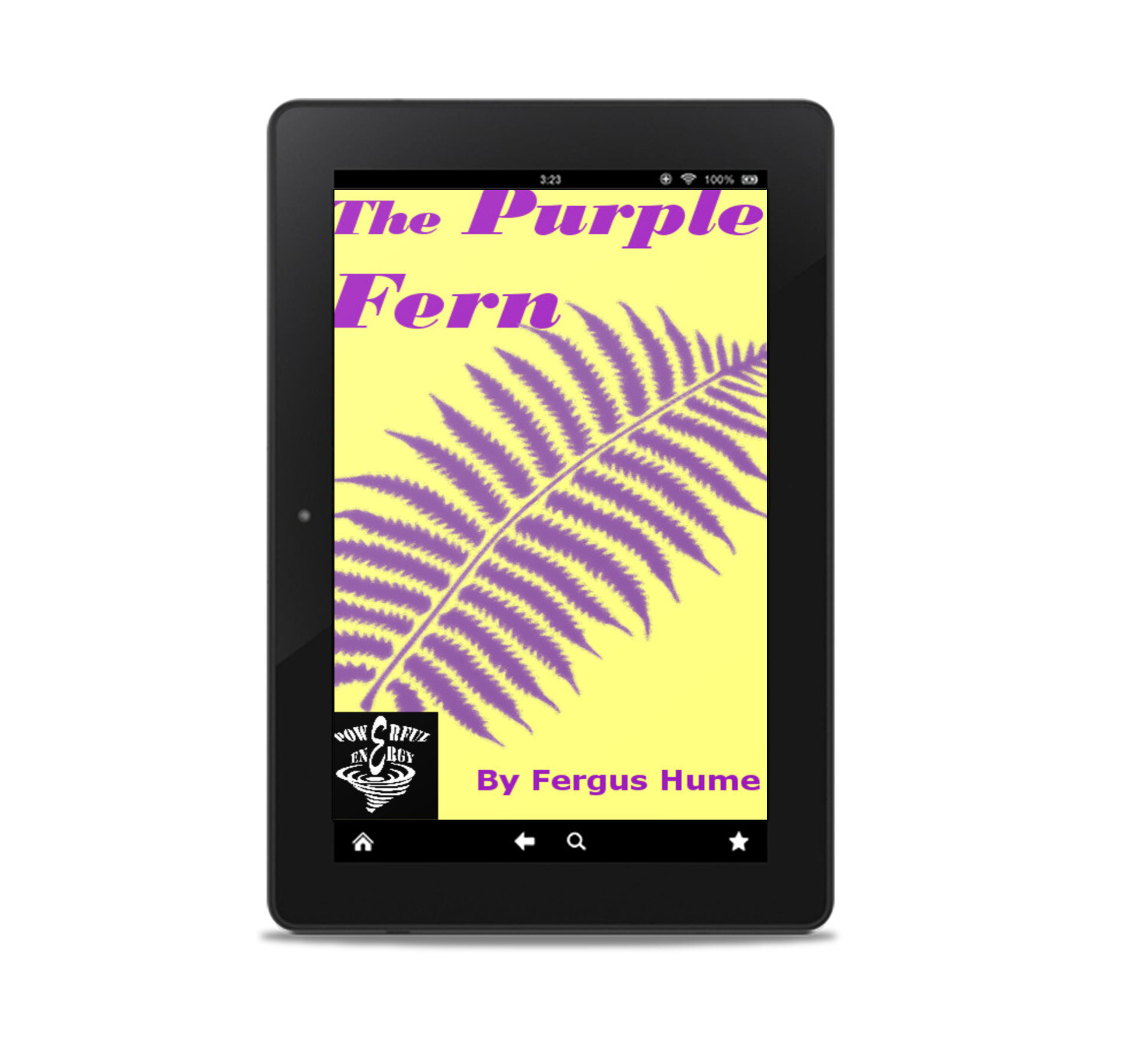 The Purple Fern, by Fergus Hume

A mystery and detective novel, involving the Purple Fern murder syndicate, a Prophet, a death, a strong and intelligent female protagonist, her playboy brother, a plan involving cross-dressing, a scheming music-hall dancer, an indoor Arabian desert, and plenty of plot twists....

The train to Crumel was late. Due at four o'clock, it failed to reach its destination, until ten minutes past the hour. This was not the fault of the branch-line authorities. The London express had been behind time at Werry Junction, whereby the local had been forced to wait. The delay mattered little to the majority of the passengers, as time in the wilds of Essex is of less value than a similar commodity in the metropolis. But Dr. Jerce, being a famous urban physician, felt annoyed, as he had come down hurriedly, in this unpleasant weather, to see a patient, and wished to be back in Harley Street by nine o'clock. Also Dr. Jerce was Napoleonic in his love for precision, and the failure of the Company to obey the time-table irritated his usually bland temper. Jerce was not unlike the great Corsican in looks,--that is, he was short and stout, calm in his manner and impenetrable in expression. His clean-shaven face, classical in outline, save that the jaw was of the bull-dog order, did not betray his present feelings of exasperation at the pin-prick of delay. When the belated local finally steamed leisurely into the terminus, he buttoned his sable-lined coat, adjusted his shining silk hat, and dusted unnecessarily his smart patent leather boots, so unsuitable to the season. Finally, with the same imperturbable air, he collected the Christmas magazines he had been reading on the way down, and stepped on to the thronged platform. A man in a grey coat, grey gloves, grey trousers, and a grey Homburg hat, leaped from the adjoining carriage, and followed closely at the heels of the popular physician. Jerce did not turn his head, as no sixth sense told him that he was being watched. It wanted only a week to Christmas, and the weather was quite of the traditional Dickens kind. Deep snow almost overwhelmed the quaint little Essex town, and this, hardened by many nights of frost, sparkled like jewels in the clear radiance of street-lamps and shop-lights. The short winter's day drew to a bitterly cold close, and although the pedestrians, crowding the narrow, twisted streets, were, for the most part, warmly clad, many of the more sensitive shivered in the cutting east wind. But Jerce, having a sufficiency of flesh to cover his bones, and a fur-lined overcoat to protect that same flesh, stepped out briskly and comfortably, without regard to the chills of the season. The man in grey followed him at a respectful distance, keenly observant. The shops, already decked for Yule-tide, looked unusually lavish with their blaze of lights, their mistletoe, and red-berried holly branches, and their extra display of Santa Claus presents and Christmas provisions. But the doctor did not look at the glittering windows, nor did the man in grey. Jerce, who appeared to be well known, nodded smilingly, right and left, to respectful townspeople, and his follower took note of this popularity. Finally, the physician turned down a somewhat dark side-lane--for it was not yet an official street--and entered an iron gate on the left-hand side, some distance down. This admitted him into the grounds of a large, square Georgian mansion of mellow red brick, covered with ivy and snow, and looking like a house with a history. The watcher was compelled to remain outside the high iron railings, as he was unable to give any plausible reason for entering. When Jerce rang the bell and finally disappeared inside the mansion, the grey man muttered an impatient word or two, and resigned himself to sauntering up and down the lane, until such time as the doctor should emerge.