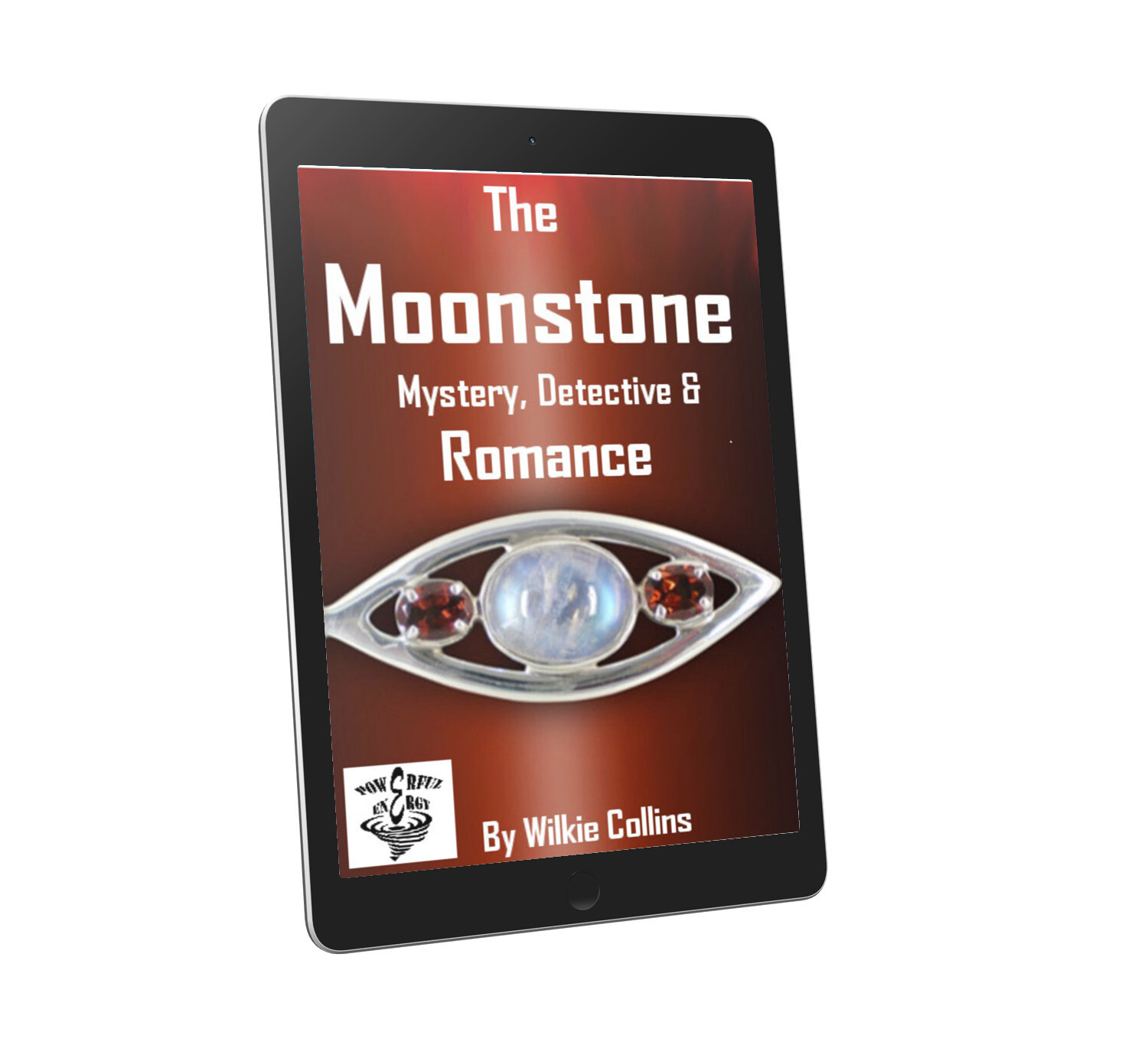 The Moonstone, by Wilkie Collins

Rachel Verinder, a young English woman, inherits a large Indian diamond on her eighteenth birthday. It is a legacy from her uncle, a corrupt British army officer who served in India. The diamond is of great religious significance and extremely valuable, and three Hindu priests have dedicated their lives to recovering it. The story incorporates elements of the legendary origins of the Hope Diamond (or perhaps the Orloff Diamond or the Koh-i-Noor diamond). Rachel's eighteenth birthday is celebrated with a large party at which the guests include her cousin Franklin Blake. She wears the Moonstone on her dress that evening for all to see, including some Indian jugglers who have called at the house. Later that night the diamond is stolen from Rachel's bedroom, and a period of turmoil, unhappiness, misunderstandings and ill luck ensues. Told by a series of narratives from some of the main characters, the complex plot traces the subsequent efforts to explain the theft, identify the thief, trace the stone and recover it. (Plot summary provided by Wikipedia)

William Wilkie Collins (1824 – 1889) was an English novelist, playwright and short story writer best known for The Woman in White and The Moonstone. Read more about him HERE.